revenge of the nards 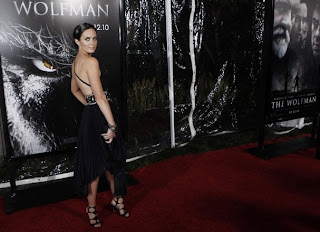 Poor Emily Blunt.  She's pretty.  She's a lovely actress.  She's obviously a riot at a party.  Ostensibly, she has done nothing wrong.  But even Emily Blunt can't overcome a shipwreck of bloated, arrogant actors phoning in performances to buy scotch and cigars.  No matter how many frocks and bustles she adorns with the emotive power of her bosom, Emily can't act her way out of a crock pot of incoherent studio notes and bargain basement CGI. 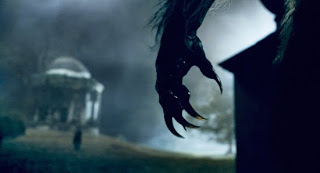 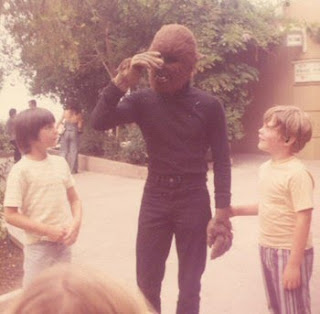 Mark Romenek was a clever man with a development deal.  He was the music video genius who thought to put Fiona Apple in a filthy wood-paneled hotel suite with a bunch of models and an eight ball.  Mark spent a lot of time plotting the perfect way to reinvent the classic Universal monster movies while still being true to his voice, style, narrative... 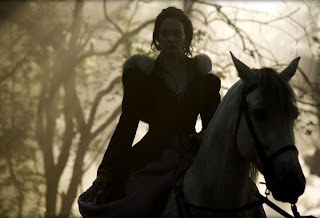 I've heard rumblings from all sides.  It appears that Mark was a nightmare to the powers that be (ie: he had ideas and wanted to get paid for them), so his wolf-baby was taken away from him.  Joe Johnston was brought in (a'la Brett Ratner) to make the movie under-budget and in time for a 2008 release.  Rick Baker was supposed to do the transformations, but the studio didn't return his calls after he showed them some basic models.  Three years went by. 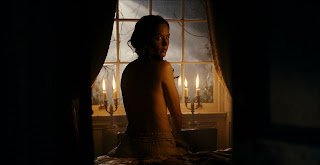 So, this year on my favorite holiday, Valentine's Day, the movie finally came out with a whimper.  Someplace between Frozen and The Crazies and Shutter Isaland, it came and went.  Sad.  But watching it is even more depressing. 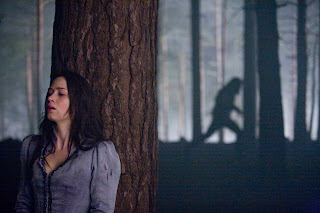 Maybe I'm jaded by the behind-the-scenes carrying ons.  Perhaps knowing "what might have been" marred my viewing experience.  While at times it is certainly pretty to look at, The Wolfman (2010) is bad.  It's not off the rails like Catwoman or Dreamcatcher.  There are no boyband members playing cancer-ridden retards who just so happen to be from outer space.  Sharon Stone never appears to look directly into the camera or curse Halle Berry.  It's just poor Emily Blunt, working so hard, stuck in a makeshift movie that she never asked to be in.  The Wolfman is like all "event" movies to come out in the past couple years: lots of things happen, it looks expensive, it's not short - and after watching it, you have no idea what just happened.  Scenes go on and your mind wanders.  This is not good. 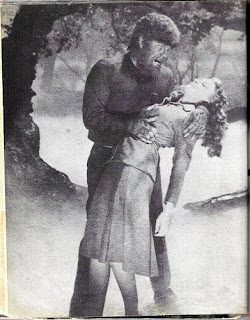 There are lessons to be learned in this instance.  Benicio Del Toro is a dick.  Anthony Hopkins is grossly overrated.  Emily Blunt should be in all manner of film.  Don't even waste the hard drive space to download this movie illegally.  Watch  The Wolf Man (1941), a movie that loves you and can't wait to tell you a good story.
Posted by jeffreygmm at 10:38 AM