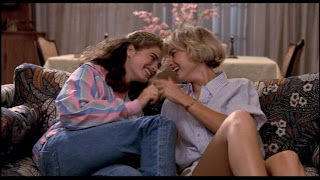 Tina is having a bad dream. It's late.  She's blonde. She's alone in a rickety Venice Beach alleyway, wearing nothing but a negligee and trapped with the object of her dread, a horribly disfigured man with knives for fingers.  “Shit." That's all she says. The moment is simple, comically authentic and yet so frightening in context - that's when I fell in love with A Nightmare on Elm Street. 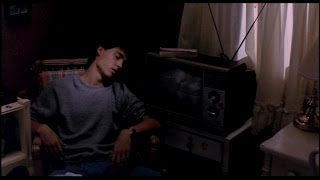 A Nightmare on Elm Street is about friends. They’re attractive without any hair extensions or pancake makeup.  They wear the kind of clothes kids would find in a local mall when your parents are still paying the bill.  They're sincere.

These kids all come from white trash families and broken homes, but that's not all they have in common - they all seem to be having the exact same nightmare.

In the center of this clique is Nancy.  Nancy isn’t quite as fashion-forward as her friends. She could certainly use a hot-oil treatment and she has yet to be introduced to the subtleties of tailored tops, but that’s not her fault. Nancy’s mother can’t seem to step away from her vodka or the bronzer long enough to even make a peanut butter and jelly sandwich, let alone school her in the fine art of hair conditioning! 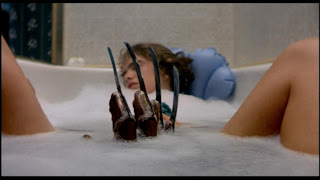 Nancy's mother suffers from borderline personality disorder and her father isn't present even when he’s around.  Nancy’s deadpan expression upon seeing her best friend splayed open like a flank steak on her bedroom floor indicates a young woman who still has a lot of growing to do. As the rest of her friends start dying off, it becomes abundantly clear that Nancy is going to have to become a whole person if she wants to survive the night! 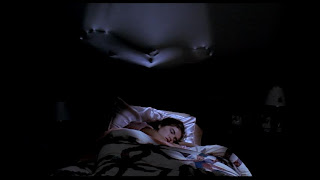 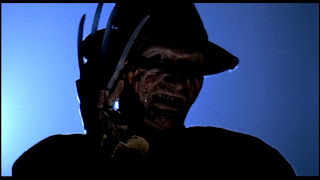 When push comes to shove, we don’t have any control over our bodies most basic functions (ie: dreaming); this makes a great landscape for a horror movie. In sleep, we’re at our most vulnerable. 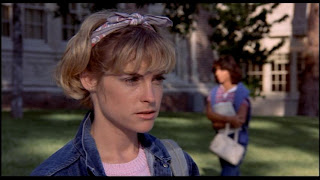 Wes Craven took the seemingly ludicrous concept of a burned child molester exacting revenge upon the children of those who scorned him and he turned out a wholly original and viscerally scary film! All cinematic elements are present and working to achieve synthesis. A brilliant score by Charles Bernstein and an ensemble of young actors who genuinely seem to care for each other make this movie vital - without any 3D conversion, it practically pops off the screen! 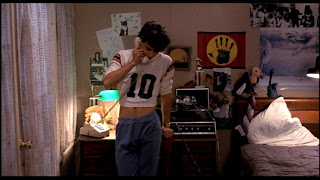 I don't quite understand why people are so worked up about this movie coming to theatres this weekend.  It's been on dvd for a decade.  Save your hard-earned pennies and buy Never Sleep Again: The Elm Street Legacy instead - they dedicate a solid twenty minutes to discussing how gay Nightmare on Elm Street 2: Freddy's Revenge is/was/will always be.  That's good times, kids!
Posted by jeffreygmm at 1:42 PM

Labels: a nightmare on elm street, platinum dunes can blow me, wes craven