from apathy to entropy and empathy... 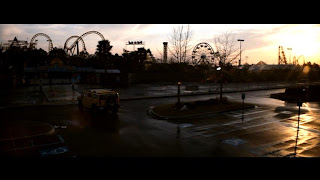 I can be a stubborn monkey. I don’t moisturize my face. I always use my turn signal, even in parking lots. I have never seen Wedding Crashers or The Hangover and I never will. I don’t need to see fat guys with impossibly skinny wives. I have no desire to be the butt of countless gay-panic jokes (I get enough of that in my bedroom, thank you very much). I have a deep-seeded contempt for trust-fund brats, smirky punks who think they they’re wicked cool for accomplishing absolutely nothing. These hipster, rich kids are the death of comedy. Go ask Phyllis Diller or Paul Lynde and they’ll tell you: comedy is not being cool. Comedy is committing to something so sincerely, so wholeheartedly that it can only make the audience chuckle through its humanity. So when a horror comedy came along billing itself as the best thing since Superbad, it was an immediate pass for me.

Well, chime the bell tower because I am admitting that I was dead wrong. Zombieland (2009) is easily our generations Dawn of the Dead. Color me embarrassed! 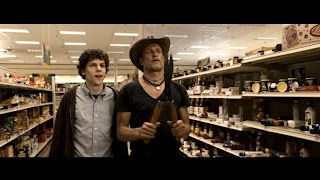 Dawn of the Dead was more than just popcorn horror.  It was a clever satire that harkened the beginning of the end of an era.  In 1978, the mindless consumerism of mall culture was spreading through our country like a heard of ravenous flesh-eating zombies. Thirty years have gone by and we’re paying the price for all that excess. The chasm between the rich and the poor has never been more obstinate. The malls have evolved into acre-wide Wal-Mart superstores. Over the past decade, people (like my mother) have lost their jobs and houses while Julia Roberts and Carrie Bradshaw trek around the world on holiday just get away from the monotony of having it all! Something has got to give. The popular culture is equally polarizing (television only seems to care about you if you’re over sixty or under sixteen, or morbidly obese or a midget). Human to human interaction has become limited to blog comments and social networking websites. Maybe we need a zombie invasion to remind us of what’s really important. 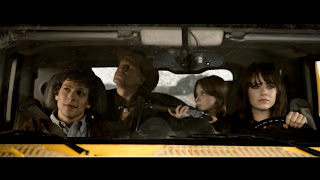 Our protagonist (Jesse Eisenberg, always a friend to the gays) is a living, breathing example of what living in the age of entropy has done to us. He’s a grown man living alone. He eats processed food and plays video games. He’s scared of outside. A victim of apathetic parents, he longs for a family of his own - even if he doesn’t necessarily know that that means. Like 28 Days Later and The Stand before it, Zombieland continues in the tradition of zombie narratives following The Wizard of Oz formula. Jesse Eisenberg is alone, he finds a best friend in Woody Harrelson and they’re joined by two more in a quest for a third-act happy ending. They even happen upon an unlikely wizard in the middle of Beverly Drive! 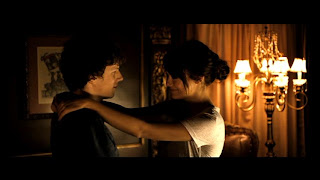 Interestingly enough, unlike slasher flicks, zombie movies can have male protagonists and not be gay.  How curious!  This movie was made with remarkable attention to detail and it’s queer friendly. Zombieland understands a precept that gays have understood since Dorothy ran away from home: your friends are the family you make for yourself. Jesse Eisenberg is the Anti-Michael Cera. He’s never too cool for school. He’s never afraid to be the punch line. In short: he has a soul. 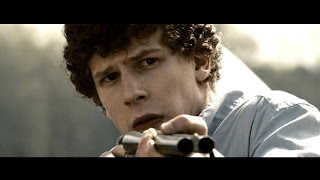 Dawn of the Dead was justifiably nihilistic.  When it comes to mindless consumerism, there is no upside. Thirty years later, things sure are a lot worse but Zombieland is ultimately hopeful. It exemplifies that companionship is tangible, not furs or diamonds. How we treat each other is more important than having a private island. Above all else, when you’re the only skinny person in a bus full of morbids who hate you because the TV people told them to hate you, you have to laugh.  Now, you’ll have to excuse me. I’m going to go update my twitter and buy a snackwrap. 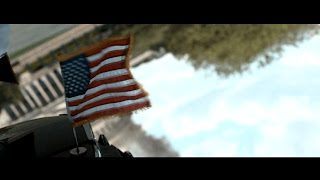 P.S.  For that inevitable day when we are left to fend against the zombie hoards, be sure to pick up your Zombie-Proof Survival RV.  Someone's got to think of these things!
Posted by jeffreygmm at 4:25 PM