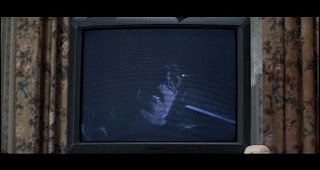 By the early ’90s, after a decade-long onslaught of mass-horror-consumption, America seemed to have had its fill. Audiences were far more interested in psycho-sexual thrillers than they were in hacking and slashing maniacs. From serial killing trans tweens to telekinetic camp counselors, we’d seen it all. Nothing could shock us. We were a generation raised on horror movie clichés.  Franchise horror was going the way of Faye Dunaway’s career. We were ready for something new.
Wes Craven, hardly content to sit by the sidelines or to rest on his long list of credentials, saw potential in this fear famine. Thus, the meta-horror film was born. 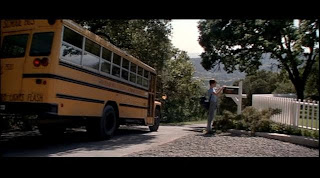 I remember the night I had my mom drop me off at the Liberty Tree Mall after school to see Wes Craven’s New Nightmare(1994) like it was yesterday.
It was autumn and it was dark and there was lots of mist in the air.  It was a perfect night made more perfect by the film. This was no sequel! This was a horror movie about the people who made the horror movies - Wes Craven, Heather Langenkamp, New Line CEO Bob Shaye – each integral to making Nightmare on Elm Street and each falling prey to the monster they helped create.  There had been nothing like New Nightmare before and there’s been nothing quite like it since.
New Nightmare was about adult nightmares; it was about show business.  Horrible things weren’t just happen to small town teenagers.  Wes was examining and poking fun at a political climate that blamed horror movies for real life killings and violence. In hindsight,  this movie was merely the testing ground for something much larger in scale: a horror movie about what horror movies have made us into.
He made a scary movie about people obsessed with scary movies.  He made a movie about us! Walking a finest of lines between genuine horror and parody, this was all proof of concept for Scream (1996). 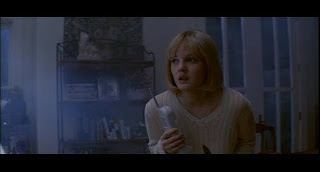 “I’m sorry my traumatized life is an inconvenience to you and your perfect existence.” 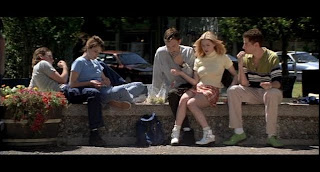 Does growing up with a crazy mother mean that I'm gonna wind up crazy too?  Does the fact that my father was abusive mean that I'm gonna lose it one day and wind up punching holes into walls?  These are the things that used to keep me up all night worrying. I'm not alone. Sydney Prescott's mother was deemed a slutbag by her bougie NorCal town and it’s got her all kinds of torn up.  Needless to say, Sydney’s in no rush to start having sex herself.
Can you have a whore for a mother and not wind up a whore yourself?  Who knows? Would that be such a bad thing? I don't know. Maybe she’s a lesbian (there is an Indigo Girls poster in her room). Either way, she’s fabulous.  Sydney. She wears lots of oversized sweaters and always seems on the verge of tears. Her best friend, Rose McGowan, drives the red Volkswagen bug from The Shining.  They all live in mansions in Scream. 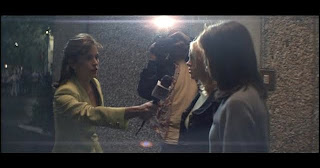 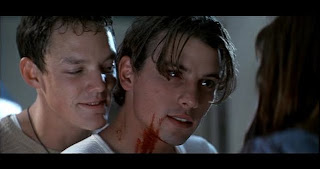 If you’re going to have a psychotic gay boyfriend, it’s always better to get that over with early.  Accordingly, Sydney is dating a sociopathic homosexual named Skeet Ulrich. Skeet also has mommy issues.  The tricky thing about sociopaths is that they’re not gay or straight – they’re just users. Like kitchen sponges, these guys will absorb all your empathy and strength; they make you believe that they love you and that you matter to them more than anything. The next thing you know, you’re regrouting their bathrooms and buying them designer vacations.
I’ve fallen for enough Skeet Ulriches in my time to know. They show up at your house with tears in their eyes, needing something (whether sex or brownies or your car)  and you give in because there’s something broken inside you that wants desperately to believe that you’re the only one they can turn to - that you matter to someone, no matter how fucked up. 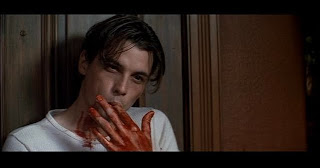 I love Scream because it affirms the fact that, just because my mom was a crazy whore, I don't have to be a crazy whore. We write our own destiny.
Harkening back to Nancy in A Nightmare on Elm Street, Sydney Prescott is a perfect final girl. Scream is about Sydney finding strength, finding her voice. Through adversity, Sydney blossoms and ultimately lives to see another day. She takes all the pain and the anger and she keeps going. It doesn’t matter that she’s not a virgin anymore. It doesn’t even matter if she is a lesbian. Subsequent to her finding inner-peace amidst chaos, Sydney thrives.  She never looked better, in fact. It’s funny how that works!
Scream is brilliant because it spends so much time establishing the rules of successfully navigating a horror franchise only to determine that there are no rules.  Scream is part Psycho (with its fearlessness in killing off protagonists, rife with red herrings), part Nightmare on Elm Street (Johnny Depp-like boyfriends sulk and sneak into bedroom windows), and has a dash of Rebel without a Cause thrown in for good measure (teenagers are misunderstood, they get arrested, parents are absentee at best). 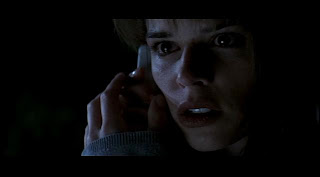 Stylish, funny (there are three separate Sharon Stone references), and genuinely scary, Scream was the it-shit when it came out - the condensed horror soup of all that came before! It’s easy to forget how iconic this one movie was. The shooting style (clearly influenced by the queer cinema aesthetic of Gregg Araki and Todd Haynes), the mall clothes, Patrick Lussier’s editing, the brooding actors, everything about Scream bled into popular culture for almost the entire decade that followed. The WB network was built around Kevin Williamson and the afterglow of Scream.  Every horror movie proceeding followed the same structure.  Even Twilight managed to gank Rose McGowan’s awkward coloring!
If you add domestic gross of the Scream franchise (now going on four films) and the franchise of its spoofs (Scary Movie: four films), they have made a billion dollars domestically.  That’s a testament to Wes Craven and the power of becoming your own hero. 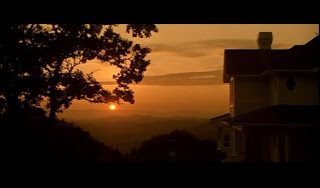 Horror movies have taught me a lot over the years.  I learned from The Fly (1987) that you can't replicate anything without losing something essential in the transfer (like a soul).  I'm not the fanboy who cried wolf - I don't live in my mom's basement and I don't particularly care for Doritos. However, some things never need to be "re-imagined".  Freddy Kreuger and Jason are our contemporary Dracula and Frankenstein. The greatest thing about the invention of the wheel is that we don't need to re-invent said wheel.  You can be so much more creative with a wheel that's already been invented! Wes Craven got this. Wes Craven understood story and structure and filmmaking and character arcs.  Maybe Wes Craven should go work for Platinum Dunes.
* P.S.  Wes Craven actually followed New Nightmare with Vampire in Brooklyn, but I never saw that because of institutional racism and I apologize.
Posted by jeffreygmm at 1:17 PM