"There's a lot about me you don't know." 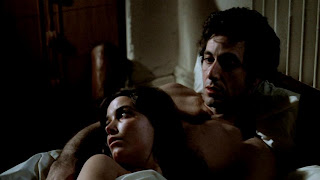 Once upon a time, there was a joyous era, post sexual revolution and pre-AIDS where boys could be boys whoveff each other in the b wherever and whenever they please.  How fabulous. Sex behind the albertsons, in the library stacks - with the guy from See’s Candys at the mall - sign me up!


Presuming you lived in San Francisco or New York, when you weren’t dodging bricks and having your house spraypainted by Anita Bryant and her minions (America has not evolved in that regard), life as a gay male seemed well on its way to improving by the late 1970s.


But just because you’re able to have promiscuous sex, that doesn’t mean you can erase generations of programming.  To this day, gays love to compensate with faux-masculinity. This kind of drag was especially prominent in ‘70s. Sporting mustaches, denim, and fitted flannel shirts, the gays of 1970s were hell bent on being defined by their more masculine attributes. Just bros helping bros (bros who happened to enjoy a late night Bette Midler show at the Continental Baths).

However, in a Puritanical nation, sexual freedoms invariably comes with a cost - your life! Diane Keaton learned that lesson in Looking for Mister Goodbar, and it was high time for the gays to learn that you can’t have it all! 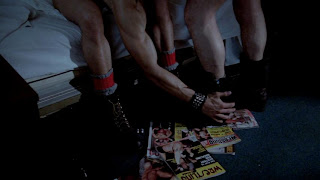 My best whore years were wasted because, in my twenties, I was always sure that I’d go home with someone and find myself stapled to their floor while they cut out my internal organs and fed them to their Maltese. William Friedken, the mastermind behind The Exorcist (and no stranger to homosexuals, having made the grossly underrated Boys in the Band), saw what was going on with the gays having their free sex and dancing to their Donna Summer hits, and he made Cruising (1980) to teach us all a lesson. 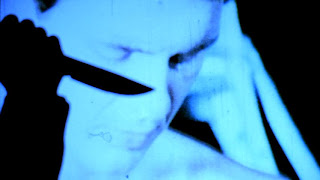 Set in the meatpacking district (obvious pun intended), Cruising explores a city where the police are too busy getting BJs from LGBT hookers to notice that a serial killer is plucking off the gays – not just killing them, but having sex with them and then dismembering their gay corpses.


Al Pacino plays an ordinary, gay-hating undercover cop (no cops at Pride!) who has to bury himself, ass-deep, in the world of Manhattan’s underground club scene to fish out a serial killer preying on multitudinous male libidos.  Pacino goes all kinds of method with his new job: he starts working out, stops eating bread, does poppers on the dance floor then he goes home to hate-fuck his thankless girlfriend (Karen Allen)… it doesn’t take Mister Wizard to get the impression that there’s more to this gig than just an undercover assignment! Al Pacino is going gay. He makes fast friends with his gay neighbor and he, along with the audience, learns that gay people are just like normal people – they have relationships, they eat at diners, they pay their rent, and they are scared of being slaughtered post-coitus. 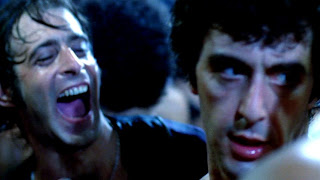 Sex and trust go hand in hand. When someone can be inside you one moment, then turn around and cut you into bits before you even have a chance to pull your pants back up, that’s terrifying! This breach of the unspoken contract between sex and trust combined with the fact that Friedken coyly intercuts scenes of violence with scenes of sexual penetration, makes Cruising really scary.

Not only is Cruising a good horror movie, it is super gay, and not in a pandering or necessarily offensive way. Do we all walk around with shit on our ass, carrying briefcases full of sex toys and poppers? Not always. Does Cruising go out of its way to show the most perverse and twisted sides to a night at the club? It does. There are unnecessary bits (like a 300pound man in a jockstrap coming into an interrogation room to slap Pacino and then leaving without a word), but Friedken takes pains to chronicle the fruitless quest for masculinity at all costs - this whole affair is humorless and hard - even the trans prostitutes/police informers are tough as nails.

The scenes of man on man sex are surprisingly graphic and aggressive, not shying away from the sex and underlying violence in homosexuality. Like it or not, there is a dichotomy between who we are at work and at brunch and who we are when we're in bed or staring down a guy on the subway platform.  I actually love Cruising. It's a time capsule that showed how disenfranchised and fractured the gay community was (and still is), far ahead of its time. 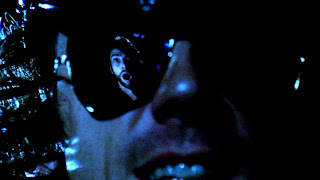 Watching Cruising, you can’t help but wonder if AIDS hadn’t ravaged the entire community – with mainstream America suddenly mortally afraid their gay friends as carriers of contagion, and having wiped out an entire generation of artists and activists - would we be in a better place now?  Of course we would.

Could this have been the first of many projects that explored the varying sides of gay men - romcoms, scifi movies?  Probably. But here we are and as long as police are still complacent in the murder of Trans women of color every day in America, Cruising is still relevant.  As much as I long for a time when movies can move into the mundane issues of fair taxation and dealing with the internal politics of making more money than our partners - not being pistol whipped by a cop for no reason or having our dicks cut off by repressed psychopaths with daddy issues, we’re still not there yet. 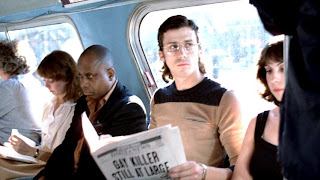 Posted by jeffreygmm at 2:12 PM