“This concludes our week on the holocaust.” 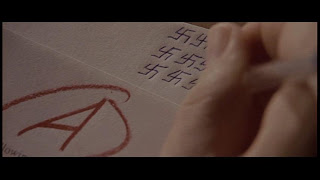 Bryan Singer is messy.  Self-loathing coupled with white male arrogance and privilege is never a cute combination and usually leads to public disgrace sooner or later. That said, Hollywood literally has no values and there was a period when he had a lot of power in Hollywood - so much power that he was able to remake Dennis the Menace, only set in 1984 with Dennis played by Brad Renfro (RIP) and this time Mr. Wilson is a homosexual Nazi who lives next door. 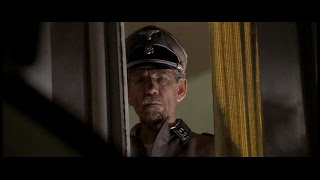 Horror movies have always examined the darker side of the human experience, holding a mirror up to society and our fears. When our nation was obsessed with communism, the horror of that period focused on aliens and pod people taking over our collective consciousness. After Dawn of the Dead, it’s impossible to see zombies as anything but a metaphor for our mindless acceptance of capitalism. When hippies like the Manson family threatened the security of our homes, the horror evolved into slasher films of the 1970s (Wes Craven and Tobe Hooper exploited this best with Last House on the Left and Texas Chainsaw Massacre, respectively). The female protagonists (“final girl”) of these slasher films echoed the feminist movement; woman surviving and thriving in a world of abuse and sexual violation. Yet, despite all that horror has been able to touch upon, there have been a few subjects that have been conspicuously verboten. Specifically, the horror of the Holocaust. 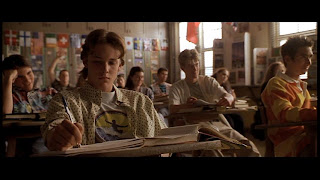 Apt Pupil (1998) sets out to examine the holocaust as well its social and emotional ramifications that were felt a full 40 years later. Except something gets in the way of the narrative…Apt Pupil is super queer. 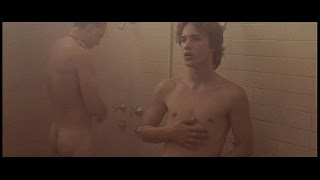 Brad Renfro plays a boy who has no interest in dating girls because he only cares about the Holocaust. Brad could have been a brilliant documentarian for the Shoah Foundation if he wasn't so darned sadomasochistic.   This sixteen year old boy takes it upon himself to conduct a yearlong series of interviews with his elderly, seemingly retired-Nazi neighbor. Brad's interest, however, is not out of empathy - he is almost gleeful in being regaled with stories of Jewish corpses and suffering. But the roleplay is not at all one-sided in this bizarre little movie (adapted from a 1982 Stephen King novella); the Nazi next door has just as much power in this game. When Brad gets into cosplay, making Ms Mckellan wear her old S.S. uniform, Ian one-ups him by going off and masturbating in it.  I’m not one to kink shame, but Jesus.
Apt Pupil forces us to ask ourselves who is more evil - the man who oversaw the death of thousands or the apathetic little fuck who fetishizes him. They are two peas in a pod, these two. Ian is soon tutoring Brad in his studies, both academic and personal. When things get a bit too intense between them (read: gay), Brad takes a break, goes back to school, starts kissing a girl.  He seems to be on the mend until he's drawn back Ian like a moth to a pedophilic flame. Evil ensues. 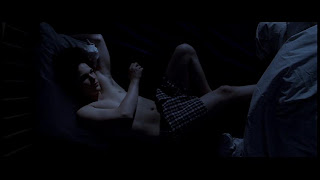 "Oh, my dear boy, don't you see? We are fucking each other." 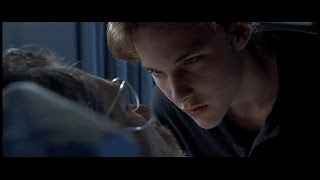 Why is Brad so fixated on Ian? How can so much evil come from a boy brought up with money and education in an all American suburb? How can one feel no sympathy for being the cause of death and pain to thousands? Why do people with all the privilege in the world feel the need to play “devil’s advocate” in the paper and online when people are dying as a result of every election?  None of these questions are answered in this film because none of these questions are answered in real life. Apt Pupil, while much more psychological than physically violent, is as much a horror film as any Saw movie.
This movie is pervy for sure and does Singer no favors with regard to distancing himself from abuse allegation against minors as his camera lingers on every detail of Renfro's lips and torso. It’s creepy, but the movie is supposed to be creepy so what is the truth?  Apt Pupil is contextually dense, dealing with issues of dominance and submission, masculine and feminine, and good and evil. What a man is capable of doing to another man can be terrifying, just ask Bryan Singer.
(Horror Nerd Alert: Be sure to keep an eye out for Friday the 13th Part VII: The New Blood 's main gay turned cabaret singer turned Broadway producer, Kevin Spiritas, as paramedic #1!)
Posted by jeffreygmm at 3:30 PM