“You said you wanted to help me! WHERE ARE YOU?!”

I love Lars Von Trier. I do.

In a Lars film, characters are dropped into the most harrowing and emotionally overwrought situations imaginable (sincere virgins lose their husbands, single mothers lose their eyesight, statuesque women get gang raped by entire towns) and Lars, from a safe distance, laughs at them. He wants us to see their genuine experience as folly – meant to reflect our real lives and how foolish we are to take everything so very seriously. It’s all very Danish and it’s not for everyone. Personally, I love guttural emoting. Give me a woman squatting and bellowing from the diaphragm and I’m a happy boy! So you can imagine my elation when Lars Von Trier made a straight-forward horror narrative, Antichrist (2009). 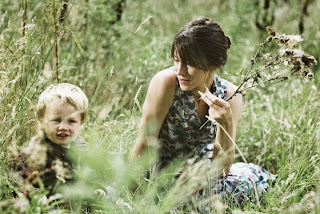 Above all else, Antichrist is about grief and depression. None of us are truly prepared for grief or its many stages when a tragedy strikes. Polite society insists that we cover up raw emotion as something to be kept behind closed doors. Charlotte Gainsbourg is mourning the loss of her son. Willem Dafoe is her husband. He's emotionally distant and arrogant. He spent all his time working while Charlotte raised their baby boy. The only time they are okay is when they're fucking. But, while fucking, their baby boy tosses himself out the third story window, so now everything is awful! Charlotte is not okay. Despite the fact that he is not an MD and he cannot prescribe medication, Willem believes that he can cure Charlotte better than any hospital. He takes it upon himself to get her off medicine (prematurely) and to confront the things she fears the most in the name of "wellness". For two acts, the film is quiet and steady. What proceeds is a study in psychological and sexual abuse that forces us to examine the fine line between physical and emotional violence. 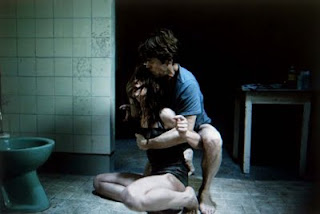 Antichrist is Lars Von Trier remaking The Shining. Like The Shining, Antichrist strikes a curious, dreamlike tone juxtaposed alongside beautiful images, static pacing, and heightened performances building to a third act that is completely off the rails. The horror here is much more pronounced and graphic than anything that goes on in The Shining. People in the audience screamed, laughed, walked out, cried... I've never seen anything like it and doubt I will again. This film is not dismissible by any means. Shot on film, Antichrist used a real director of photography, Slumdog Millionaire's Anthony Dod Mantle (a nervous breakdown prior to shooting prevented Lars from being able to write/produce/direct/and operate his chest-mounted "Larscam" this time around). This collaboration has yielded, far and away, the most gorgeous looking movie in the Von Trier canon - effortlessly weaving in and out of highspeed-slowmotion photography, black and white, and computer-generated shots that layer contrasting elements in a single image to create live-action paintings in every shot. 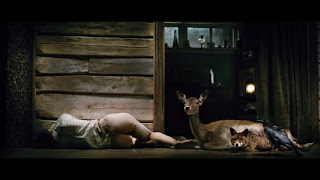 Much has been made of the graphic nature of Antichrist's denouement. I find what happens between Charlotte and Willem to be a far more appropriate and resonant use of violence than what we've seen before in film. Movies like Saw depict graphic violence free of character, emotion, or context. Antichrist is a thousand times more powerful and disturbing because it goes to horrifically graphic and gory places only after we are attached to sincere characters functioning in a real place and telling a story. Horror only works when we care about what we’re seeing. No one cares if a big-titted, dead-eyed model/actress gets her arm hacked off in a remake of a remake, but when Charlotte goes after Willem with a monkey wrench, it’s terrifying! I left Antichrist believing in witches, believing in the evil power of nature, and empathizing with Charlotte more than I probably should. Love it or hate it, Antichrist is a horror movie in its purest form and not to be missed. 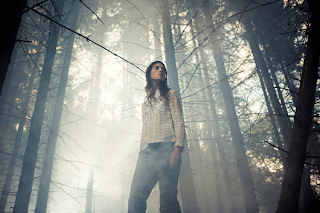